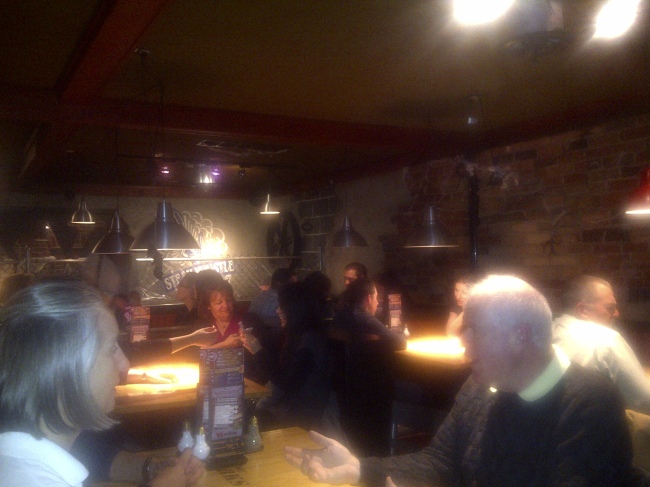 We ended our Westboro Dishcrawl with rich milkshakes from The Works

Amy (Twitter) is one of the co-creators of Local Tourist Ottawa who moved to the city more than eight years ago to attend Carleton University. Originally hailing from a small town in southwestern Ontario, she loves everything about Ottawa, from the buzz of Parliament Hill to Dalhousie’s local shopping and the thriving food scene.

There’s something about a brisk walk after a meal that wakes up the senses a bit. It’s a good thing, then, that a bit of light strolling is a central component to Ottawa’s Dishcrawlexperience — especially since last Tuesday’s Westboro event kicked off with plates of chacuterie at the Piggy Market. (Who announced that night they were shutting down for a couple of weeks to revamp the kitchen; they’ll be returning bigger and better than ever before — with the ability to cure their own meats! Yum.)

Porcine decor was a central theme of The Piggy Market (400 Winston), where we kicked off our night

Here at LTOttawa, we’ve written about Dishcrawl once or twice, but we like to share each experience with you because the event really represents a marriage of some of our favourite things: food, friends and the exploration of our city’s amazing neighbourhoods. It also aligns perfectly with our mandate to celebrate the people, places and things that make Ottawa great — because it really is a combination of all of this!

Since launching in early July, Dishcrawl has held seven events exploring the culinary culture of the Byward Market, Bank Street, the Glebe and Westboro. In fact, they’ve become so popular that the next two events — both set for Little Italy later this month — sold out in mere hours. (If you have trouble getting tickets, it’s best to watch Dishcrawl Ottawa’s Twitter feed, as well as sign up to the site.)

The Village Cafe (295 Richmond) was a welcome surprise during Dishcrawl

In case you don’t know, here’s how it works: Dishcrawl Ottawa announces it’s neighbourhood of focus online a couple of weeks before the event is scheduled to take place. Then, two days before the food fest (think of it as a culinary pub crawl), the 50 to 60-person guest list gets an email disclosing a central meeting place. From there, it’s a night of surprises, with guests being led to 3-4 different locations to taste some great food and mingle with each other as they share in the experience. With a few Dishcrawls under their belts now, your hosts — Sarah, Leanne and Andrea — are all a bubbly bunch that set the group at ease.

As mentioned, last week’s event took place in Westboro and saw us stopping at the Piggy Market, Fratelli’s, the Village Cafe and the Works. (Along with a surprise, take-home treat from Three Tarts.) While I knew (and already loved) three of the venues, the Village Cafe was a welcome surprise — and as a cozy nook tucked in along Richmond, it was a place I probably wouldn’t have stopped otherwise.

Also, between those four restaurants, our group last week got to sample about eight different dishes, making the price of the $60 ticket well worth it. Check some of it out below: 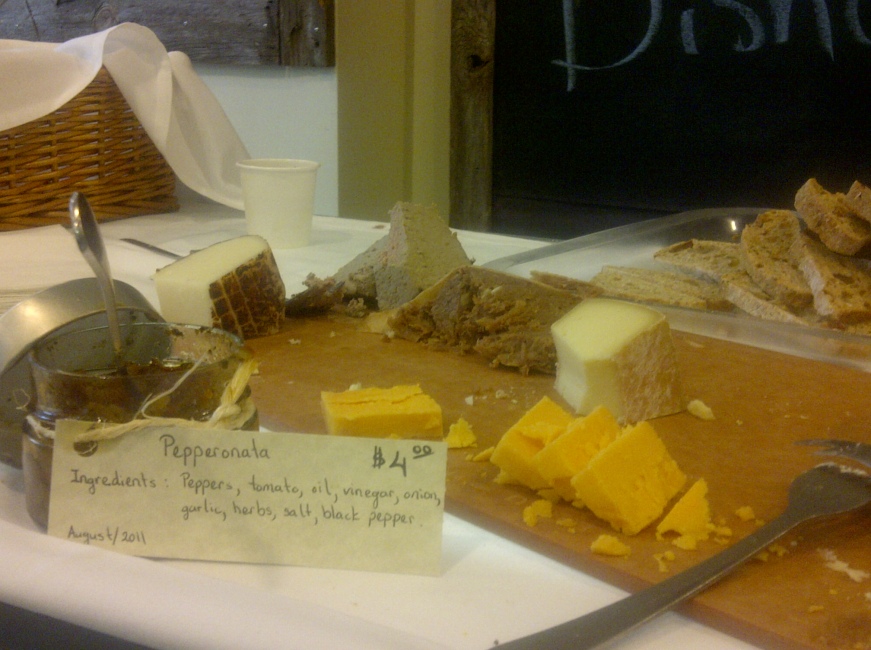 Chacuterie and cheese from The Piggy Market (400 Winston) 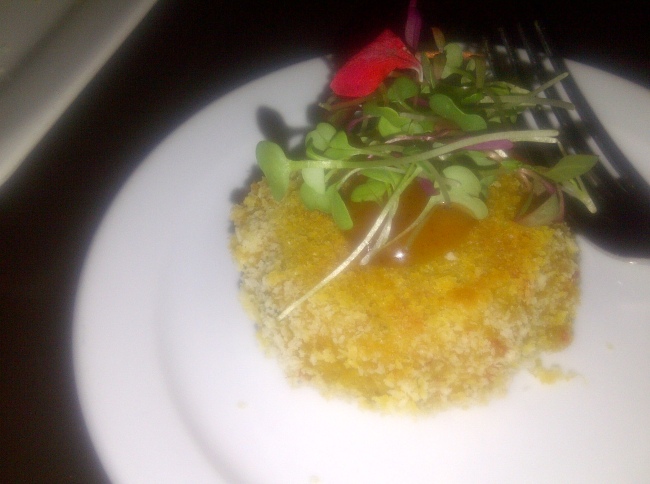 Steamed mussels with tomato bruchetta sauce at the Village Cafe

I look forward to seeing what the next Dishcrawl brings to the table: Preston has a wealth of restaurants and food shops to choose from and the community boasts a hospitality like no other, meaning it’s sure to be a memorable night. As mentioned, the tickets are already sold out, but with any luck, we’ll see another one in the near future!

Are you going to Dishcrawl Ottawa’s next event on Nov. 22? Share your experience with us via Twitter using @LTOttawa.

← A bounty of books: Piles of cool, local writing await at the Small Press Fair Mosey on down for a musical: Alan invites you to round ’em up with the Bytown Beat Chorus →