Home » Hilary Duff » A highlight reel: Backstage at the Genies with Hilary Duff

A highlight reel: Backstage at the Genies with Hilary Duff 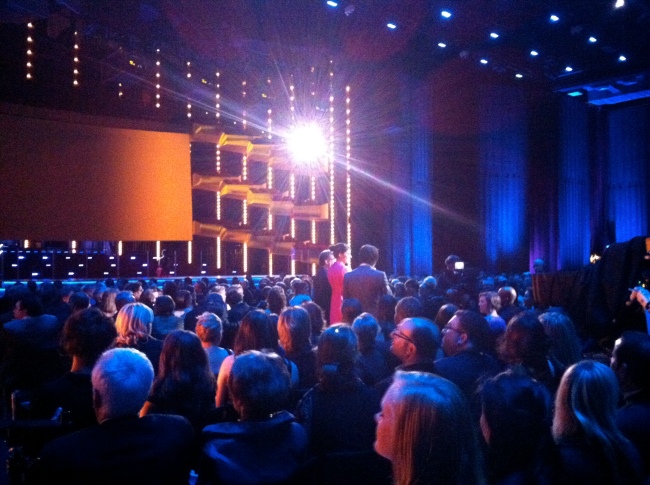 A snapshot from backstage at the Genies

Hilary Duff (blog/Twitter) is a quirky 21-year-old who loves multimedia journalism, cycling, food blogging, and churning massive amounts of baked goods out of her cramped student kitchen. She took a break from cupcakes this past week to share her experience about helping out backstage at the Genie Awards.

This past Thursday I had one of those days that make you say “wow.”

If anyone is unfortunate enough to follow me on Twitter, you’ll know that I was spamming everyone’s homepage with backstage tweets from the 31st annual Genie Awards taking place at the National Arts Centre.  I was working as a talent wrangler for the event, meaning that I was responsible for looking out for several celebrity presenters and guests.

Since I tried and failed to write a post that could sum up the amazing experience I had (it’s seriously impossible, I got to 1,500 words before deciding that this could not be an essay), I’ve decided to, in true award show fashion, create for you a highlight reel. 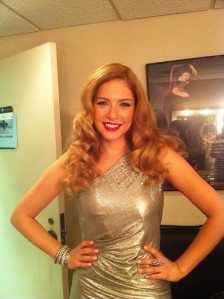 Rachelle Lefevre in her second dress of the evening, a stunning Ports 1961 gown

Highlight 1: Working with my talent

This past Wednesday I eagerly awaited the email that would outline which talent I was assigned for the award show.  I was thrilled and honoured to have helped out Rachelle Lefevre (Barney’s Version), Jian Ghomeshi (CBC Radio One’s Q), Amanda Crew (Charlie St. Cloud), and Rémy Girard (Incendies, CBC Television’s InSecurity).  All four were wonderful to work with and extremely gracious and accepting of the day’s events.  They all have such dynamic personalities and I was thrilled to be a small part of their Genie Award experience. 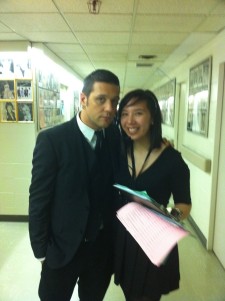 When George walked on set Wednesday night, I somehow managed to contain my extreme enthusiasm.  As a journalism student and complete fan, I couldn’t believe that I was in the same building as one of my idols. (I experienced a similar nerdy j-school moment when I met Jian.)

Obviously my excitement meant that I had to tweet about this event.  Later that evening, George’s wrangler Mike walkie-talkied me and told me to wait outside the production room.  Apparently George had read my tweet and was questioning the authenticity of my celebrity name.

Anyways, Mike overheard him mention me and, to make a long story short, this is how I met George and had the most exciting experience of my week.  We even fist pounded on Thursday and he remembered my name!  Sometimes this whole famous name thing actually works in my favour…

Highlight 3: Experiencing the energy of a live show

This was my first time working backstage for any sort of show, so to have that show be a live national broadcast was simultaneously a terrifying and exhilarating experience.  In the hour-long broadcast, I did not watch a single award be presented (I still don’t actually know who won, I guess I should check that out), and was too busy referring to my green rundown sheet (the night’s Bible) to know where I was going and when. 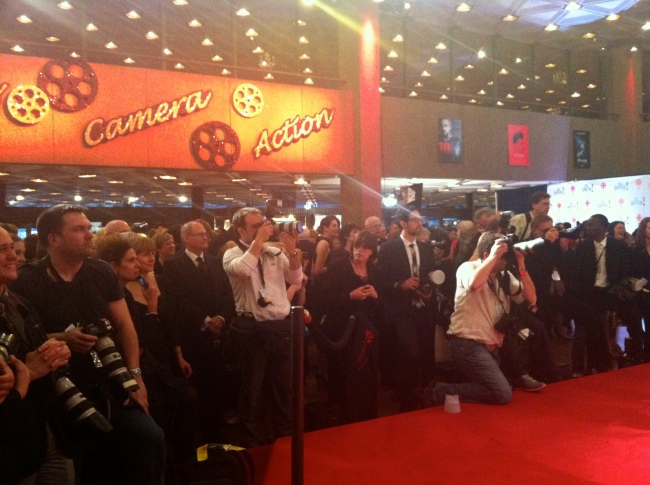 The "paparazzi" line up at the Genies' red carpet

Since we were live, it meant that any sort of movement on set had to happen during short commercial breaks.  At one point in the show we got Jian, Amanda and Remy into position with just two seconds to spare.  People were talking through my headset the entire night, and I swear it was pure adrenaline that kept me going.  Life backstage seems to be an environment that stressed out workaholic types like me thrive in. In the end, I loved the rush of live television, and think I might actually want to work to produce one of these shows one day. 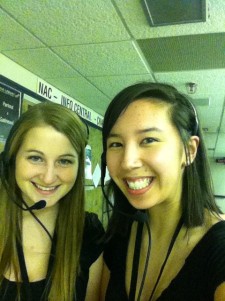 Highlight 4: Getting to wear a headset

Okay, this might seem like a kind of lame highlight, but to me carrying around a fancy walkie-talkie was wicked.  Not only did I get to feel like a 10-year-old again, but I also got to resemble a fashionable pilot with a headset (sans the aviators) for the entire day.

I felt a little schizophrenic at the beginning of the day with all the voices floating around on the walkie-talkie channel, but I quickly got used to it.  I’m currently trying to convince my roommates that walkie-talkies are a necessity for our student home, I’m hooked. 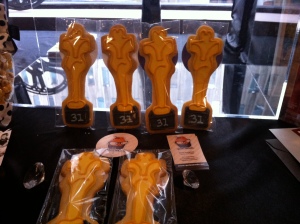 The final highlight of my Genie experience was seeing three of my favourite Ottawa bakers catering the celebrity gift lounge.  Shakira and Colleen from Little Cakes were providing guests with some of their delicious and impeccably decorated cupcakes.  I also finally got to meet Jenny Burgesse from Geek Sweets, who I have been talking to over Twitter for the past half a year.  It was nice to finally put a face to the tweets and, of course, to eat one of her amazing Genie-themed cookies.

All in all, if I tried to sum up all my highlights, I’d be typing until next year’s Genies.  Looking back on my experiences, it all still seems so surreal.  I can now truly appreciate the behind-the-scene work that goes into an award show.  The Genies were only an hour – can you imagine what those poor folks down at the Oscars must be dealing with?

BUT if this blog post were an acceptance speech, I’d be getting that special “get off the stage” music.

Ladies and gentlemen, that’s a wrap on the Genie Awards 2011. 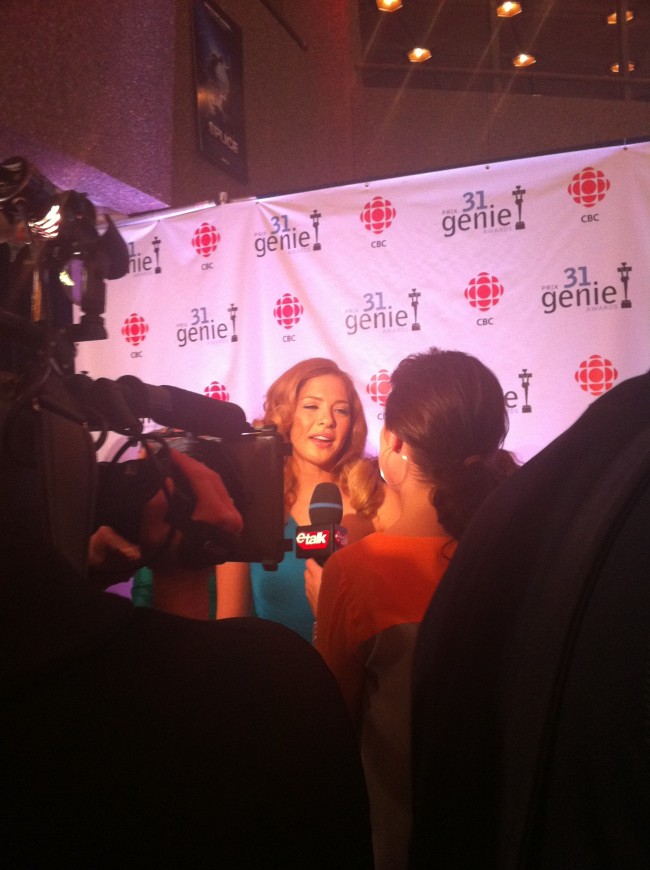