The monthly blessing that is Oz Kafe’s Chef Appreciation 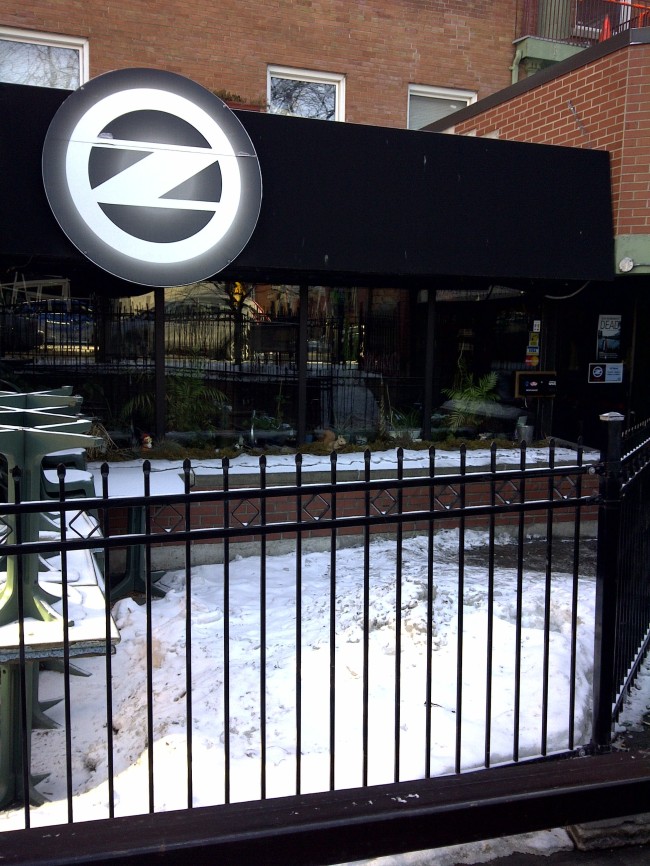 I consider myself pretty darn lucky to have a number of good friends in the restaurant business. In addition to sharing some less-than-stellar hours with me — I work evenings and the odd weekend — allowing us to socialize in the wee hours of a week day, I get to explore my love of food with people who know loads about it. And I’m not just talking about being able to tell the difference between a key lime and a persian lime, but the science and technique behind a dish.

It’s often said that Ottawa has more restaurants per capita than any other Canadian city. We play host to a bustling array of options — from taste to style to atmosphere. All of this collides once a month during Chef Appreciation night at Oz Kafe.

The tradition basically started as a way for those in the industry to play around with food a bit, get creative, mingle and generally recognize and thank one another for the time and commitment put into the craft of great food! On the last Monday of every month, a team of chefs come together to create a feast of their choosing for a ridiculously good price. ($25, I believe.) I’ve since anywhere from three to seven courses, with some nights based on theme or ingredient, others totally random.

But be forewarned; you MUST be working in the food/bar industry to make a reservation. Even though they offer three staggered sittings, they pretty much always sell out — and early.

So when I was invited to attend January’s Chef Appreciation with the hosting restaurant, Domus, I was thrilled. The theme — Domus Takes A Tropical Vacation — was a much-needed way to break the winter blues with flavour-inspired dishes that had great texture to each. Take a look at the menu to get inspired!

Click to read the menu for January 2011's Chef Appreciation

Sadly, my camera died soon after arriving, so I only got shots of the soup and salad courses. My fave dish of the night, the spiced meat patty with papaya catsup, remains but a special memory. Luckily, fellow Ottawa blogger The Twisted Chef snapped some great shots, including some “behind the scenes.” (In the kitchen.) Check them out here.

We’re now a week away from February’s Chef Appreciation and, much to my delight, I’ve been invited back along — again by the host-linked restaurant, Beckta. The star chef will actually be Andrew Flint on his own accord; he returned to Ottawa recently after a stage at Spain’s Mugaritz, voted the No. 5 best restaurant in the world in 2010. For this event, I’ll be SURE to have my camera battery charged.

So if you have a food-talented friend, beg them to bring you along one night. Or in my lucky case, two! And a visit to Oz on a standard night alone is worth the trip up Elgin. Food is reliably good, atmosphere is unparalleled, local DJs spin some great tunes and it’s still the industry hangout spot on most nights. If you care about food, you’ll find someone to chat culinary conversation with here in a heartbeat. Go forth and eat!

← Mike hits up Ottawa’s Hotel Indigo (and loves it) You searched…(we answered!) →