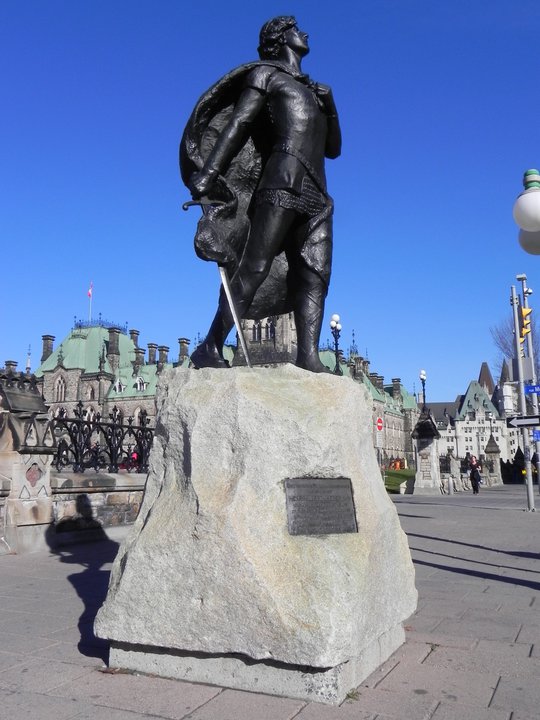 A young public servant, Mike Cullen is also a regular contributor to (Cult)ure Magazine as a music editorialist. His passions include music, coffee, writing, travel and comic books.

One of my favorite spots in all of Ottawa is the statue of Sir Galahad, which stands just outside the main gates of Parliament Hill. In direct competition with the Terry Fox statue across the street, Galahad seems largely forgotten despite its significance to Canadian history. The Arthurian knight represents a story of gallantry and heroism; themes that are no stranger to those old Arthurian legends.

The statue of Sir Galahad is the only one on Parliament Hill that is not of a political figure or monarch. His history is a tragic one: it is a monument to one Henry Albert Harper, a friend and roommate of future Prime Minister Mackenzie King. During a skating party on the Ottawa River in late 1901, two participants, Bessie Blair and Alex Creelman, fell through a weak part of the ice. Creelman managed to pull himself to shore, but Bessie struggled. Harper attempted to save her, but the both tragically drowned as a result.

A group of private citizens, with assistance from Mackenzie King himself, successfully lobbied to have a memorial in Harper’s name erected a year later. I have read (and unfortunately can’t remember where) that they had originally pressed to have the statue of Sir Galahad, a romantic representation of Harper placed on the Hill proper, but was denied that privilege since Galahad is not a real person, nor of Canadian political importance; hence why he can be found just outside the main gates of Parliament Hill at the corner of Wellington and Metcalfe Streets.

So, why do I like this spot so much?

As a former history student with a passion for mythology, I love the fact that Galahad is so prominently featured as the only non-political statue on the hill, and yet manages to hold so much mystery in terms of why he stands there. He represents selfless sacrifice, chivalry and heroism, both in Arthurian legend and in real life, representing a young man and woman who tragically saw their lives cut short. The next time you’re up on Parliament Hill take a moment to stop and see Sir Galahad, an underappreciated part of Ottawa’s past. 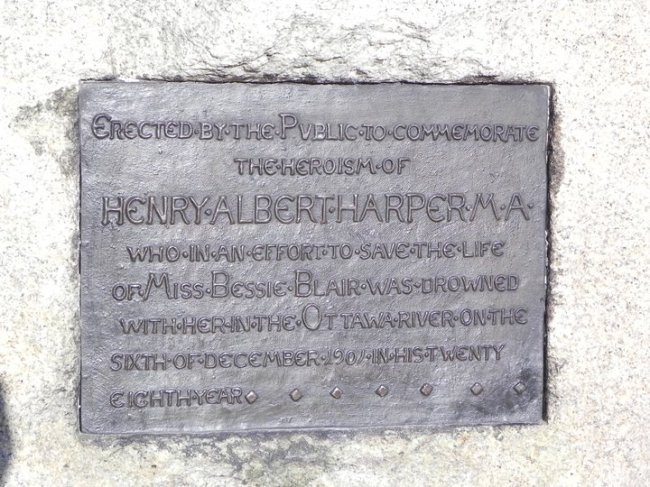